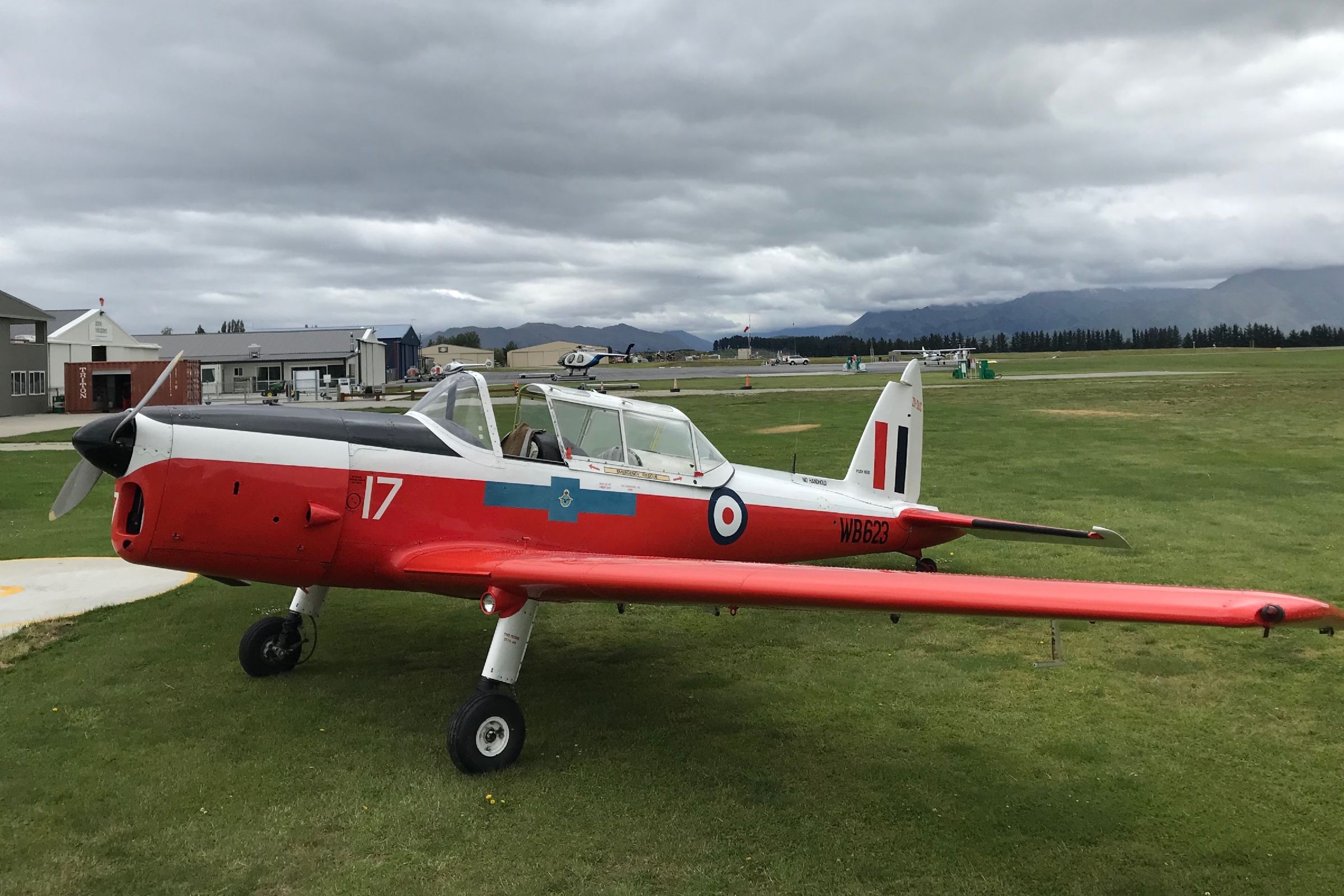 Registrations of interest sought for a possible syndicate of this beautiful aeroplane. Limited to 4 members at $30,000 each.

The DHC-1 Chipmunk was built as a 2-seat, single engine primary trainer aircraft, designed to replace the Tiger Moth biplane around the world, and better prepare pilots moving into fighter type aircraft such as the Spitfire and Hurracane. It was designed and built by the De Havilland Aircraft Company of Canada and attracted immediate air force interest.

The Chipmunk is the longest serving trainer in the RAF. Both Prince Philip and Prince Charles learnt to fly in Chipmunks.

It was predominantly an all metal construction with fabric covered wings aft of the spar. It featured as sliding perspex canopy providing excellent 360 degree vision. Powered by 145 HP Gipsy Major engine, standard operating RPM of 2100 RPM gives a cruising speed of 100 knots. The Chipmunk is fully aerobatic and two, 12 gallon fuel tanks give an endurance of 3 hours.

Sold to Royal Victorian Aero Club, South Australia, in 1953, registered as VH-RVW, where was used for pilot training, as there was an extreme shortage of good light aircraft for flight training purposes. It accumulated over 12000 hours on flight training ops.

Shipped to NZ in 1973, registered ZK-DUC, and used for private flying operations out of Rangiora. The owner repainted the Chipmunk from civilian colours to RAF colours.

Late 1980’s, bought another private owner and relocated from Rangiora to Wanaka, where it has been used for private operations ever since.

Aircraft is in very good original condition, has always been hangered and well maintained.

Has recently had major servicing bringing all modifications up to date. Engine is near new, with only 150 hours since overhaul.

Registrations of interest sought for a possible syndicate